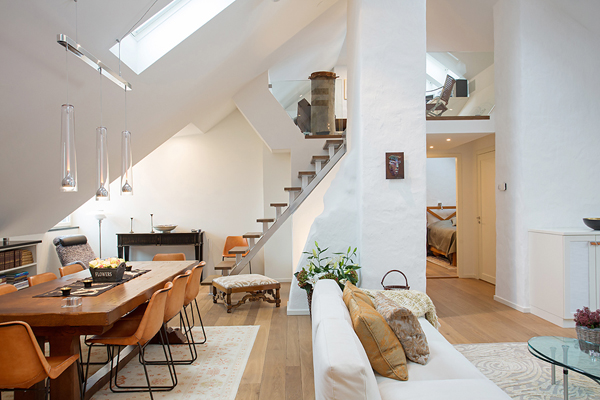 Jenny, a long-divorced mother in her early 60’s and her 30-something-year-old son Jeff, decided to combine their resources to buy and own a home together.

This is their story.

At CoBuy we respect everyone who comes to us for help. So while their stories are true, client names, images and details may have been changed to protect their privacy.

And what they each brought to the table. 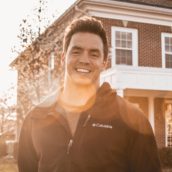 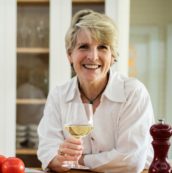 I was always worried about how I would afford a home when I retire. Not anymore. - Jenny

They both have similar credit scores = 740 (middle score of Experian, TransUnion & Equifax)

The score is derived by a pre-approval from an experienced CoBuy-certified™ lender.

Jenny will pay the mortgage entirely on her own, and would like to keep her monthly payments to $1,800/month or less.

The group decides on a budget of $400,000 or less, in spite of the fact that they can qualify for more.

This is determined in consultation with a CoBuy-certified™ lender.

Both mother and son shared the following motivations to CoBuy:

Jenny did not want to be a burden to her son as she aged. Ideally, she would leave him better off, and perhaps even make his life a bit less financially constrained than hers has been.

Geoff knew that getting invested in real estate early would allow him to fortify his credit, which is already good, and possibly enjoy some tax advantages and hopefully some appreciation as well. If nothing else, he will have secured ownership in a property that he could one day occupy himself and has provided for his family in the process.

This twosome already had a great relationship and Jenny has long planned for her assets to be willed to her son upon her passing. So, they came together around joint ownership of a property as a solution to some of their future concerns.

Purchasing together seemed like a logical path to accomplish this, but they had a lot of doubt about how it would all work. When they discovered CoBuy, they realized they could. Since it is during her lifetime for which the two of them are provisioning, they decided to work with CoBuy to focus on how to derive the maximum benefit from co-ownership and to make sure they get the co-buying process right.

Jeff argues that his mother should have an 80 or 90% ownership since she is the onsite management for the property as well as an occupant. Jenny is content with a 64% ownership and 36% for Jeff. He concedes as Jenny argues that she will ask him to perform some improvements on the property from time to time.

Working with CoBuy enables the group to easily think through and identify the pros and cons of their various options and settle around something that makes sense to them.

CoBuy connected Jenny and Geoff to one of their best CoBuy-certified™ lenders. This removed the stress of having to find a lender that could properly advise them on the details surrounding a joint mortgage.

With the group’s permission, CoBuy shared the information that Jenny and Jeff provided on the site and through a preliminary phone conversation with CoBuy. After determining the twosome’s objectives, and getting a pre-approval for a $400k loan, CoBuy connected the group to a CoBuy-certified™ real estate broker. The broker discovers that Jenny is fairly flexible regarding her parameters for where she will live and that Geoff is more concerned with his mother’s well-being and financial security.

Having all the information from both Geoff and Jenny packaged together for the real estate broker allowed her to easily understand their inputs, both social and financial, and start the search immediately. Their broker suggests that Jenny’s money would go farther in Bremerton than in the city. Given Jenny’s longer term objectives, she could hold her monthly payments to a minimum by looking at a duplex and renting out one side. Jenny was enthused by the idea of being an owner and an investor allowing her to live with a lower monthly mortgage payment.

Further, given the reduced payment, the lender shows how a 15 year mortgage @ 4.25% would cost her less in interest over the life of the loan and would enable her to have the property paid for shortly after she retires in about 10 years.

Geoff agrees to the plan so CoBuy connected Jenny and Jeff with a CPA who helped them determine what, if any, tax advantages may accrue to each of them for their mortgage payments, interest and tax payments on the property and any depreciation on the investment. The CPA also put a plan in place to help them keep records of how things might change over the course of their co-ownership period.

The mother/son team is elated. Jenny will have a home of her own, and they both will be in the market and may reap benefits of tax savings, building equity and some upside potential.

The last thing to do prior to closing escrow is to work on their operating agreement and talk with a CoBuy-certified™ attorney, have their agreement reviewed and to get legal advice from the attorney. On their first pass through the CoBuy Agreement questionnaire, they elect to take a conservative approach and provision for all of the following “tail risks”:

They also elect provisions for the number of days a “visitor” can stay. They do this largely since they have a separate unit and want to have a formal response to any friends or family who may want to use the space for an indefinite period. Their agreement gives them a great response.

They discuss the need for a joint account to fund maintenance and repairs and decide to allow for certain decisions to be made without Jeff’s permission, up to $2500. Anything beyond that dollar amount that is not a health and safety issue needing immediate attention, will require agreement amongst the twosome to effect.

A CoBuy-certified™ insurance broker sets Jenny and Jeff up with adequate homeowners insurance and an umbrella policy to cover any liability costs that may exceed their standard homeowner’s policy. Since the mortgage is largely covered by the renter, Jenny and Jeff agree that a term or disability life policy is not critical to protect against a premature death or disability of either party.

Being able to talk through these options and work with a neutral third party enables them to feel confident they are getting the best advice from the right people.

Once the attorneys review the CoBuy Agreement and records its existence on title, Jenny and Jeff are ready to sit back and enjoy their new property and plan for how they will share the news with friends and family.

For Geoff and Jenny, their CoBuy journey turned out to be exciting adventure. It all starts with proper education from a credible, accessible and neutral third party.

From starting out thinking they would buy a single-family home in Seattle, to arriving at the conclusion that they would be better off buying a duplex in Bremerton, they are grateful they got the guidance they needed to truly meet their objectives.

Three years later, Jenny is happy in her new home, and Geoff is thrilled he was able to make a financially beneficial investment that is also providing for his mother.