What a rate hike means for buyers 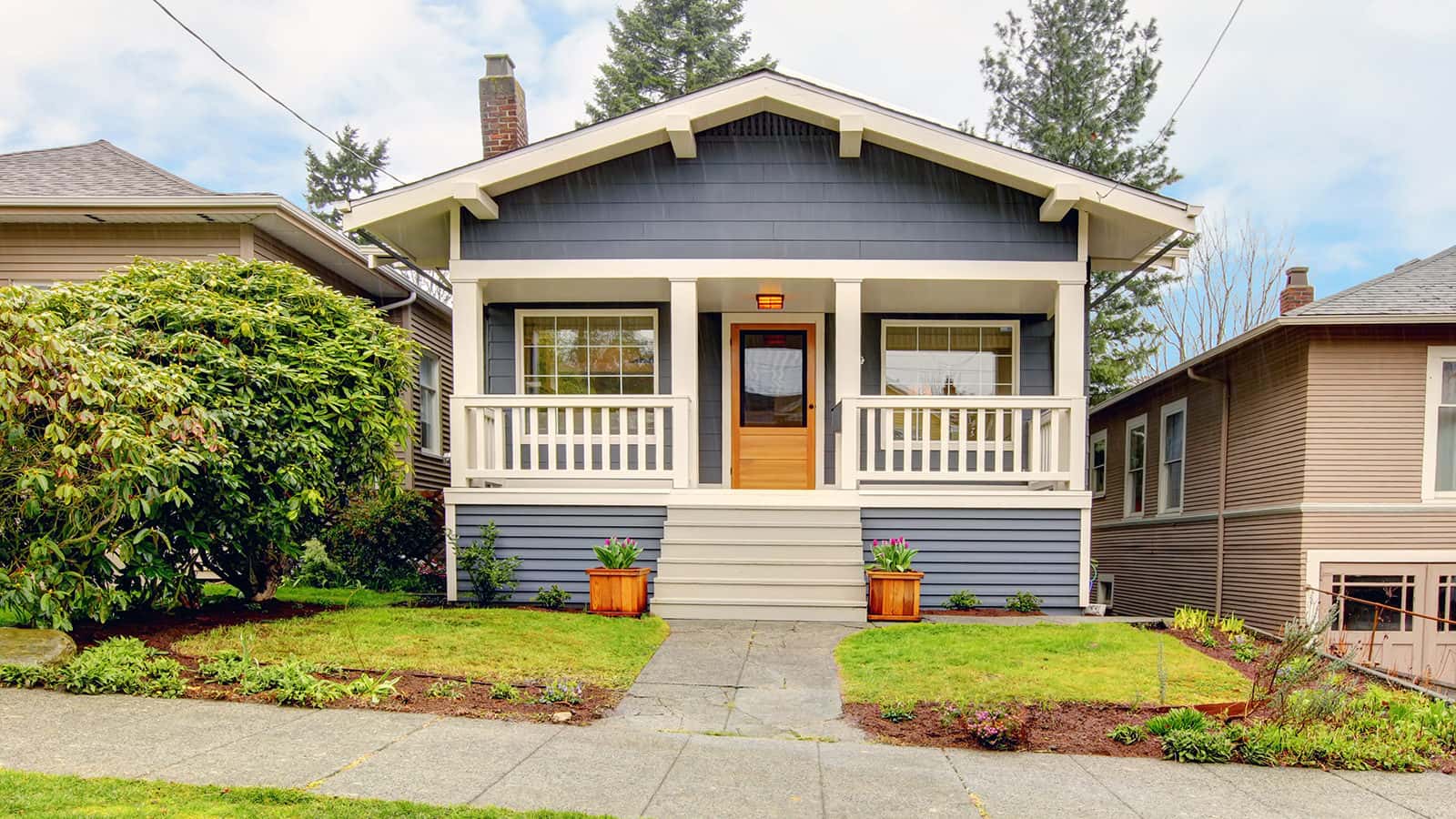 W ith the holiday season finally here, many of us will be focusing our attention on friends, family, and (of course) food for the foreseeable future and not on interest rates. For some families and groups of friends, a heated political argument or two is bound to add some spice to what should be an otherwise relaxing period where we shift gears and indulge in good company and our favorite beverage.

For anyone thinking about buying or co-buying a home, trading up, or refinancing, however, there’s plenty in the headlines to keep you on the edge of your seat this holiday season: political transition, bullish financial markets, and a hint or two that an interest rate hike from the Federal Reserve’s Federal Open Market Committee (FOMC) is on the way. 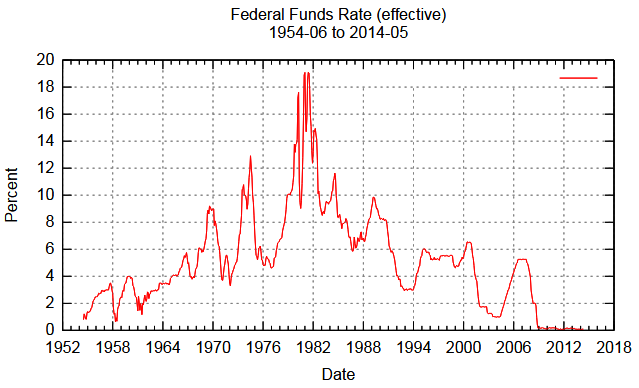 The federal funds rate has been near its all-time low since the 2008 crisis. At the time of writing, the target range is 0.25-0.50. (image: Wikipedia)

**A quick primer on the Fed and interest rates

Following a prolonged period of rock-bottom interest rates after the ‘Great Recession’, it’s worth considering how and when we might see “lift-off” of interest rates and what the implications might be for prospective borrowers in the near term.

The Federal Reserve System is the Central Bank of the United States. The U.S. Federal Reserve’s Federal Open Market Committee (FOMC), tasked with managing U.S. monetary policy, is responsible for policies that determine the federal funds rate, or the interest rate at which banks lend to other banks overnight. As a refresher, lending institutions (such as banks) are by default businesses that borrow at a low(er) rate and lend at a high(er) rate, the difference between these two is known as the spread. Changes in the federal funds rate impact the market rates of interest available to consumers, such as interest rates on mortgages offered by lenders. The interest rate on a mortgage is based upon the federal funds rate, but also includes a spread plus a risk premium that is determined on the basis of the creditworthiness assigned to a borrower or a group of borrowers.

When the FOMC acts to move the federal funds rate up (known as a ‘hike’), this has the knock-on effect of raising interest rates on mortgages available to borrowers looking to purchase a home: the cost of borrowing goes up.

The Fed, as the Federal Reserve is colloquially known, has three explicit goals for the national economy that it seeks to achieve using monetary policy:

The Fed will look to use monetary policy as a means of achieving these goals. In an economy with low/absent inflation and high unemployment, we may expect the Fed to pursue a policy aimed at achieving lower interest rates to stimulate growth via the transmission of credit to the real economy. People and companies borrow, goods and services are purchased, and the wheel gets turning again. In an environment characterized by inflation (rising prices) and rapid economic growth, the Fed would likely look to temper this with higher interest rates. Everyone knows that a bubble eventually bursts and therefore should generally be avoided. Of course, the trick is there are more than a few moving parts and it might be said that getting monetary policy right such that the three goals above are achieved in the medium term takes a lot of skill and a little luck on the part of the Fed.

Barring any surprises or external shocks, interest rates look set to rise in the not-too-distant future

How do we know? For starters, Janet Yellen (Chair of the Board of Governors of the Fed) has all but said as much, noting that a hike “could well become appropriate relatively soon if incoming data provide some further evidence of continued progress toward the committee’s objectives.”

Recent economic data looks strong, even if the fundamentals aren’t exactly characteristic of a roaring recovery:

Growth: We are likely to end the year with GDP growth at 1.6% annually in 2016, below the 2-3% range considered healthy and well below the 3.9% average growth rate seen in past economic recoveries.

Labor Market: Unemployment sits just below 5% which would suggest we are at the ideal natural rate of unemployment, but real wages remain below 1999 levels while property prices in most metropolitan areas have posted substantial growth since the turn of the century.

Despite what seems like a tepid recovery, most analysts agree we can expect a rate hike soon. U.S. stock markets have soared along with the yield on treasuries and the dollar, suggesting investors are bullish on the U.S. economic outlook. Behind this are expectations of upcoming tax breaks, increased spending on defense and infrastructure, and a relaxation of regulation. In fact, if we look to the market as a guide, prices on federal funds futures contract suggest the odds of a rate hike at the next meeting of the FOMC on December 13th-14th are 100%. Markets expect this hike to be either half a point or three-quarters of a point. While all signals point to an imminent hike, there is less consensus around how quickly rates will rise thereafter.

How a rate hike impacts the cost of buying a home

When looking to buy a home, buyers often devote substantial mind share to the characteristics of their target property: size, location, state of repair, and layout all factor in. For many people, these preferences and desires are constrained by what they can afford, making the purchase price of the home a key consideration – if not the single most important consideration. It’s strange then that some folks fail to think about how a change in interest rates would impact the total cost of their mortgage and how it might affect their home search.

Let’s look at a hypothetical example. James and Jessica decide to buy a 2 bed home in Seattle that costs $600k. They each put $50k towards down payment, and jointly take out a 30-year fixed rate mortgage for the remaining $500k. Let’s assume they are eligible to borrow at 4.0% today.

Over the course of 30 years, the total cost of the mortgage would come to $859k, which is the sum of the principal plus accrued interest. Now, let’s imagine an alternate situation where James and Jessica decide to wait 6 months to purchase a home, during which time the Fed decides to raise rates by half a point. Assuming the full amount of the hike feeds through, over the term of the loan the total cost would increase by nearly $53k.

But wait: this assumes the house price stays flat.

Let’s assume a 6.4% annual increase in home values in Seattle over the coming year, which is in line with the forecast from Zillow for the year ahead (versus a reported 14.1% increase over the past year). On this basis, the same home should be worth $619,200 in 6 months. Assuming the $19,200 increase is tacked on to the amount that James and Jessica will borrow, the total cost of the mortgage over 30 years increases to $947,056. In this example, the increase in the total cost of the mortgage to James and Jessica incurred by waiting 6 months to pull the trigger is $87,708.

Of course, this assumes home value appreciation at an annualized rate of 6.4% and an increase in interest rates of half a point during this six-month period. As of today, these assumptions are anyone’s best guess but they do find support from the data, the market, and analysts.

Qualifying could be more difficult for some as interest rates rise

Lenders use debt-to-income ratios as a measure of determining borrower eligibility. Remember, it’s up to you to work out what you can reasonably afford to purchase: a lender will decide whether or not they extend you credit based on your perceived ability to repay.

In our example above, a rise in interest rates that results in James and Jessica requiring a larger loan would, all else equal, affect their debt-to-income ratio. Let’s suppose that prior to a rate hike that resulted in a higher monthly mortgage payment for James and Jessica, they were a borderline case and only just met the debt-to-income requirement. An increase of $147 in their projected monthly mortgage payment could result in their being denied the loan, and ultimately take them out of the running to purchase a house at the same price level for the time being.

So what’s it all mean?

Buying a home is an important decision, whether going it alone, buying with a spouse, or co-buying with friends, family, or as an unmarried couple. Understanding how market dynamics and movements in interest rates can impact the cost of purchasing a home is useful, even if only as a guide. No one can predict the market, and should you ever meet someone who claims to know where interest rates or house prices will be in 5 years’ time, you should either run away or ask them to co-buy a lottery ticket. That said, education is power, and having better information facilitates better decision-making, particularly when it comes to homeownership.