Interview with a co-buyer 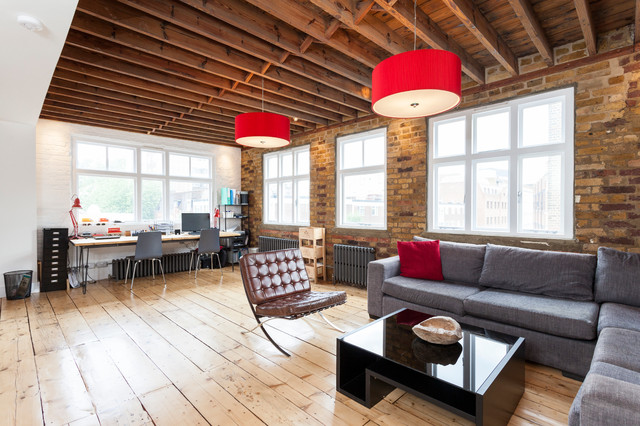 Buying a place with someone else is a big deal

While co-buying is becoming more popular on this side of the Atlantic, it’s been fairly common in European capitals like London for some time where the market dynamics make co-buying an attractive option. We recently caught up with Chris Holder, a co-buyer who agreed to share his thoughts and advice on the process. 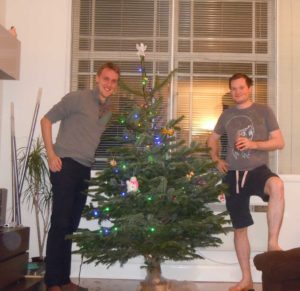 Co-buyers and best friends Chris (left) and Robin (right) in the condo they bought together in 2012.

Q: What was your motivation for co-buying and how did you decide to pull the trigger?

A: I had been living for a few years with two friends from university since starting my career in London. When one of them needed to move out, I looked with my current roomy at renting another apartment in central London. The rents were really expensive and so, almost just for fun, we looked at what a mortgage for an apartment would set us back… it was less than the rent. As we both had stable jobs and planned to live in the area for at least a couple of years buying became a real option. We were perhaps also driven by the seemingly always upward property prices in London.

What were some of the concerns you had going in? How did you address those concerns?

Plenty, buying a property is daunting at the best of times! There were so many questions; can two friends get a mortgage? What if we need to sell? How do we know we are not over-paying for the place we are buying?

We found some things were easy. In our case, we earned a similar amount and could both afford to contribute equally to the down payment. The mortgage was relatively straight forward, though we do have a friendly broker.

We looked at a “co-buy” agreement to deal with what happens if we need to sell, but did not ultimately get around to signing this, it felt like too much admin.

It sounds like you ‘winged’ it a bit. Did you experience any challenges along the way?

For most of the time not that many. The first challenge was furnishing the apartment. Bedrooms are easy as they are your personal space. But what about the communal areas? We opted to co-buy the more expensive items such as a couch and dining table and chairs. This was by no means the universal approach, I bought certain items and my friend bought others, e.g. the TV, paintings, beer fridge! The logic of buying the more expensive items together was it halved the cost of getting something nice, plus something like a couch everyone uses.

There are of course more sensitive issues, like having people over. This is much easier if the place you buy has plenty of space. If not it comes down to good communication and respecting your roommate. Everyone is going to be different, but I would say either make sure you know your potential co-buyer well or make sure the place you buy gives you enough privacy.

It also does help to become quite domesticated. Keeping the place clean and making sure everything is in order in the kitchen helps. We also had a cleaner once a week, so the apartment was always generally clean.

Are you still living together? If not, how long did the arrangement last?

No. We lived together for 4 and a half years, which looking back is actually quite a long time.

When it was time to ‘exit’ the arrangement, how did you go about it?

This is where things got slightly challenging: one of us wanted to leave at a certain point and the other did not.

We were very lucky that the apartment had increased in value substantially. When it was time to move out, we started by getting in three realtors to provide valuations. The challenge was there was a big range (over $100k). This made agreeing what value would be acceptable to sell at difficult. Of course if both of us had wanted to leave we would have wanted to sell at the highest price possible. But in the end one of us stayed, which complicated things when it came to determining a fair price. It is never good to be a forced seller.

If we had prepared a co-buy agreement ahead of time it would have provided a clear framework for dealing with this situation. In our case we did not, so we resolved it by one party buying the other out at a negotiated price. It came down to respective views on the value of the property and one co-owner being fortunate enough to be in a position to buy the other’s share.

What advice would you give to someone considering co-buying?

Co-buying has transformed my life. I was lucky to buy a property with a friend, enjoy several great years and in the meantime benefit from a large increase in property value. This has ultimately allowed me to buy a place of my very own.

In terms of advice, I would say the key is to get things right going into the transaction. Make things clear up front, who owns what? What happens if (fill in the blank)? When it’s time to sell what is the process? All these things are something everyone, even married couples, should think about.

I would also suggest people carefully consider whether the place they are buying is right for them and their situation. Too many inexperienced buyers jump at things without imagining what it will be really like to live there.